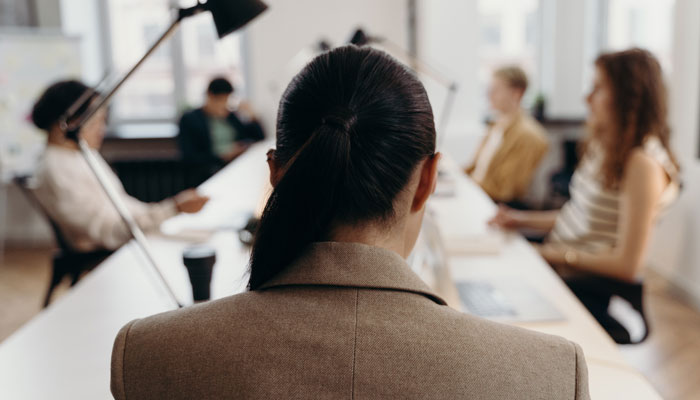 A new survey from Glassdoor, the worldwide leader on insights into jobs and companies, has found that women across the UK are being disadvantaged due to a lack of salary transparency. The findings were published to coincide with Equal Pay Day on 18th November, the day on which women, on average, stop earning (for the remainder of the calendar year) relative to men because of the gender pay gap.

Just one in four full-time employees in the UK strongly agree their workplace is transparent about pay. Furthermore, over half (54 per cent) of workers admit they are apprehensive about discussing salary with their boss.

The lack of discussion around pay is contributing to inequality for women: 67 per cent of female workers did not ask for a pay rise in 2020, 30 per cent more than men. In the last year just one-third (35 per cent) of those working in the female-dominated industries of education, healthcare, and hospitality asked for a wage increase compared to 62 per cent of those working in the traditionally male-dominated world of finance and 56 per cent in tech.

Women are also 26 per cent less likely than their male counterparts to ask for more money in the next 12 months, with the survey finding just 37 per cent of women plan to ask for a pay rise next year.

Nearly three in four of all employees (73 per cent) got the wage increase they asked for last year, indicating that women will continue to miss vital opportunities to increase their earning potential.

Over half (51 per cent) of employees feel that their workplace should be doing more to close the gender pay gap, with male workers 20 per cent more likely than women to agree to this point. Latest ONS figures state the gap is 7.9 per cent, up from 7.0 per cent in 2021. In addition, one in two women (50 per cent) feel unfairly paid for their role in their current company (compared to 44 per cent of men) and only 50 per cent feel pay and promotions are handled fairly within their organisation (versus 58 per cent of men).

With seven in 10 (70 per cent) workers believing pay transparency is good for employee satisfaction, companies should consider revisiting their salary policies. The proven benefits of workplace transparency include higher levels of employee engagement, stronger workplace culture and values and increased communication. This in turn leads to greater productivity.

“Workplace transparency is a hallmark of many successful companies and more transparency is needed in the future” comments Glassdoor’s Career Expert Jill Cotton. “One in two women admit to lacking confidence at work - companies should open an honest discussion around salary from the point that the role is advertised and throughout the person’s time with the organisation. Having clear salary bands limits the need for negotiation which, as the Glassdoor research shows, has a detrimental effect on female employees' ability to earn throughout their career.”