Pay freeze to continue for 1 in 4 companies 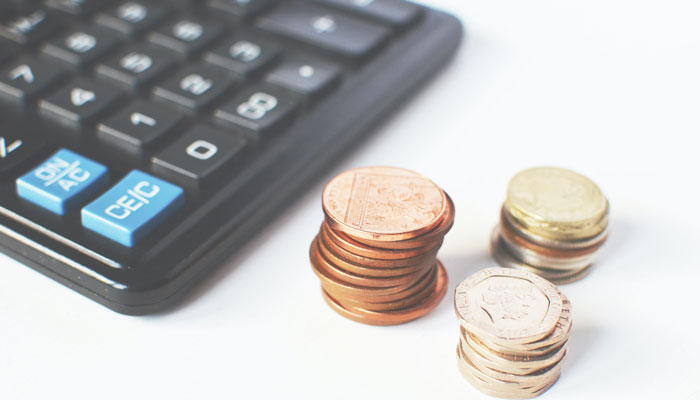 According to the latest Salary Trends Report by ECA International (ECA) surveying over 370 multinational companies in 68 countries, UK employees in the private sector received an average salary increase of 1.7 per cent in real terms this year, better than the forecasted 1.1 pe rcent, while over a third of UK companies introduced a pay freeze (35 per cent).

The annual Salary Trends Report from global mobility experts ECA International analyses current and projected salary increases for local employees in 68 countries across the world. In the wake of a global pandemic that affected the world’s economy, ECA also analysed salary freezes in 2020 and the forecast of businesses planning to implement pay freezes in 2021.

A quarter (25 per cent) of UK companies who took part in the report revealed they plan to implement or continue a pay freeze in 2021.

Oliver Browne, Remuneration Manager at ECA International, said: “While 2020 has been an unprecedented year for the economy globally, low inflation levels due to factors such as low global oil prices and falling prices in some retail sectors as demand drops, has meant that many mid-level private sector employees in the UK who were lucky enough to get a raise have benefited from the low inflation.”

Browne added “Next year will also be hard for many workers as inflation is expected to rise again to 1.2 per cent, while salary increases will remain flat at 2.5 per cent – lower than pre-pandemic levels – and a quarter of companies still predict salary freezes. However, with the expected roll out of vaccines and the potential end of pandemic restrictions in sight, there are some grounds for optimism that things will soon improve for employees.”

Globally, Europe saw the highest real terms salary increase (1.5 per cent) compared to all other continents, due to lower inflation on average. However, expected higher inflation has meant that European employees are expected to receive a lower real salary increase of 1.2 per cent in 2021.

Browne said: “Europe’s real terms salary increase this year is largely due to the substantial fall in inflation, down to just 0.8 per cent, the lowest of all regions, and down 0.9 per cent on 2019’s average inflation rate of 1.7 per cent. Nominal salary increases are actually set to rise next year across Europe, from 2.0 per cent to 2.5 per cent on average, but many companies are still taking a fairly cautious approach and as the IMF expect inflation to return to normal levels next year, workers based in Europe will see a lower real salary increase as a result.”

Browne explained “The Greek economy, already quite weak after recent crises, was especially hard hit by the fall in global tourism, which dramatically cut demand and lowered prices with inflation falling to -0.6 per cent. This cushioned the impact for employees of the 38 per cent of companies in the country that froze salaries, although inflation is expected to return to positive territory in 2021.”

Despite Norway receiving a real salary increase of 1.4 per cent this year, it is the only European country forecast to see a real salary decrease in 2021 (-0.3 per cent).

Employees in the United States received a real salary rise of just 1.0 per cent in 2020. However, forecasted inflation of 2.8 per cent in 2021 means things are set to get worse for US employees who are forecast to experience a real salary decrease of -0.1 per cent next year, the lowest since 2008.

“As the world struggles with the social and financial effects of the global pandemic, many economies have continued to feel the effects on their economies and therefore on salaries. Companies are approaching salary rises more conservatively and when inflation returns to normal levels next year as we expect, workers based in the US are not expected to see above-inflation salary increases, meaning many workers will be out of pocket in 2021 compared to this year” said Browne.

Indonesia, Singapore, Taiwan and Thailand are amongst the 12 Asian nations that ranked in the global top 20 highest real wage increases in 2020, with an increase between 2.6 and 4.1 per cent, while Malaysia saw a 4.4 per cent real terms salary increase.

Conversely, employees in Bangladesh are among the worst impacted by the recent economic turbulence with inflation rocketing to 5.6 per cent in 2020, which resulted in a real terms salary decrease of -3.6 per cent. However, 2021 is looking a little more optimistic, with real salaries forecast to increase by 2.1 per cent with a significant nominal salary increase of 8.0 per cent expected in the face of continuing high inflation.

UAE forecasts a bounce back in 2021

While the UAE dropped out of the global top 20 rankings for real salary increases this year, employers are expecting to increase salaries by 2.8 per cent next year, resulting in a forecasted 1.3 per cent real terms salary increase after inflation (which is forecasted to be 1.5 per cent).

¹ Based on the median full-time annual earnings of £31,461, for the tax year ending 5 April 2020, published by the Office for National Statistics https://www.ons.gov.uk/employmentandlabourmarket/peopleinwork/earningsandworkinghours/bulletins/annualsurveyofhoursandearnings/2020