Top Brexit cities: key locations for businesses to watch out for

Ongoing uncertainty makes it increasingly difficult to predict what the UK business ecosystem will look like or which cities will thrive post-Brexit. Despite this, business owners are keeping their eyes open for new opportunities both locally and abroad while negotiations draw on.

According to Brexit Ready by Irwin Mitchell, by Q3 in 2019 the report forecasts that outer London boroughs are set to perform well in terms of employment growth as more businesses move out of the city and into more affordable areas. One of the major advantages of these outer cities is the availability of office space, and the 2018 Flexible Workspace UK Market Summary showed explosive growth in various UK regions.

With high GVA and employment growth, these locations are the top contenders:

While London remains the focal point of the UK’s flexible workspace industry, growth outside of the capital has seen the number of enquiries and deals increase over the last few years. The city saw a 9% increase in the supply of office space compared to Greater London at 12%.

In regional hubs like Manchester and Leeds, activity remains strongest. At around £690 per desk in the capital compared to £350 in Oxford, £261 in Leeds and £287 in Manchester, London’s outer cities are an attractive location for businesses looking to sample new markets without the added pressure of a conventional lease.

Top Brexit Cities Outside the UK

New figures from the Institute of Directors shows that nearly a third of firms are looking overseas due to Brexit, with 16% having already started relocation plans.

Measuring factors such as corporation tax, number of co-working spaces, exporting costs and more, Startups researched the top European cities for start-ups to launch after Brexit.

While London is the EU’s premiere financial centre, the impact of withdrawal has led to widespread speculation around which cities have the potential to become a replacement. According to a report by the University of Sheffield, while no city is ready to offer a base comparable to London, three cities stand out.


Rival cities would need to meet exceptionally specific criteria to compete. Just a few include the ability to attract a global workforce, excellent transport and communications infrastructure, access to prime office space and housing, and a variety of cultural and lifestyle aspects.

GENERAL MANAGER BUILDING MANAGER(TROPHY ASSET)- MANAGING AGENT- WEST END
All London , Central London
£65k to £75k+Benefits+Bonus
You will have three direct reports that you will be responsible for that will support you to deliver services, as well as wider service partner team on site who you ;will liaise with in order to deliver FM services lines.
Apply

MULTI-SITE/REGIONAL FM-MANAGING AGENT - MIX PORTFOLIO - SOUTH EAST
All London , London,
£45K to £60k+benefits + bonus
You will liaise with service partners on a daily basis. Another key part of the role will involve very close tenant engagement as well as attending meeting with the owners of the portfolio too, to make sure the service deliverd vi...
Apply 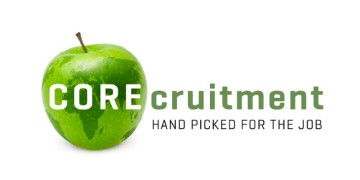